Recently, I found a pastel tutorial by Diana Ponting using a ref pic of Allsorts that she had taken. Since I very badly needed more practice with my pastels I decided to give it a try, however, I ended up not following the tutorial at all but doing it my own way instead. I began the painting and learned a whole lot in the process.

First, I decided to use a piece of paper that was new to me. I had heard that Fabriano Tiziano was a very good pastel paper and so bought several sheets to give a try. I chose one for this painting. That was my first mistake. I did NOT like the paper! It is too rough and extremely difficult to get a nice smooth look to a painting.

Second, I had always thought that pastels were an opaque medium - not so. I used a combination of my very nice Rembrandts, Nu-Pastels, and Richeson semi-hard pastels along with some Mungyos (a cheaper brand of pastels). None of them could cover up my graphite lines from where I had drawn my sketch for the painting. You could see my pencil lines right through the pastels!

Third, the first painting of this pic being thrown out, I begin again with UART 600 grit. I don't like UART with my colored pencils, but I have never tried pastels on it, so this was a good time to experiment. This time I used white transfer paper to transfer my sketch to the UART. Alas, it too had problems being covered up with the pastels. I'll have to come up with a new game plan for the next piece.

Fourth, UART worked beautifully with the pastels!!! I am very pleased with the results! I will definitely be using UART with future pastel paintings.

So, I have learned several things from this experiment. I need to come up with a better transfer method that I can cover up with the pastels, I will NOT use Fabriano Tiziano again (at least not with pastels), and I love UART paper for pastels. I enjoyed this pastel experiment, but chose not to complete it. Since this is not my ref pic I cannot exhibit it and I can not enter it in competitions, so I do not want to spend too much time on it. Therefore, I am going to move onto one of my own ref pics and continue the learning process.


The first pic is the first painting on Tiziano that is now in the trash. The second pic is the one done on UART. Big difference I think. What do you think? 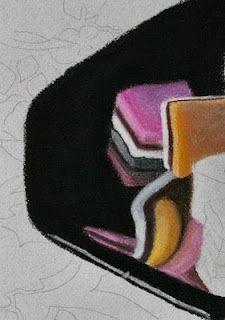 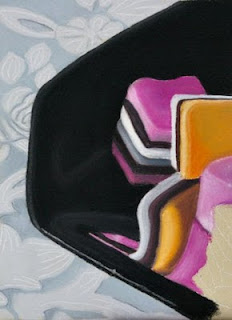